I have had a few Yellow jacket calls in the last couple weeks. I figured I would share some things I read.

After a recent Interstate Pest Management Conference in Maryland, yellow jacket researcher Dr. Al Greene presented practical research debunking much of what we think we know about yellow jacket stings.

MYTH #1 - Because honey bees have a barbed sting that stays in the skin, they can sting only once. Yellow jacket stingers are not barbed and can be withdrawn and used for repeated stings.

Not true, a yellow jacket also has a barbed stinger. After a bee stings, when it pulls away or is brushed away, because of the barded stinger, the entire sting apparatus and even parts of the bee's digestive tract are pulled out of its body, resulting in certain death. Why doesn't this happen when a yellow jacket stings? It often does. Stinger loss varies among species but is most common in the eastern yellow jacket in which about 44% of stinging yellow jackets lose their stinger.

MYTH #2 - If you are stung, be careful not to inject more venom by squeezing the venom sac as you pull out the stinger. Instead , carefully scrape the stinger away using an object like a credit card. Then apply a poultice like meat tenderizer to the sting area to relieve swelling and itching.

Researchers have found that venom flow is not affected by squeezing the venom sac. The most important thing is to get that stinger out as quickly as possible by whatever method works--for two reasons. One, to minimize the amount of venom that is injected and two, because a stinger that is left behind by a yellow jacket will continue to emit alarm pheromones which can draw other yellow jackets to the site (you!). And despite all the home grown advice about what to apply after a sting, the most effective first aid measure is to simply apply ice to the sting area.

MYTH #3 - If you have substantial swelling and itching at the sting site, it means you are having an allergic reaction to the venom which could result in a medical emergency.

Swelling by itself does not indicate an allergic reaction to a sting. A normal sting reaction is a welt that is dime-size (typical), up to 2-3 inches. Itching is common and secondary complications can result from scratching. In some cases an entire hand or foot will swell but even substantial swelling from a sting is a medical emergency only if the swelling affects your breathing, for example swelling of the throat or nasal passages. Only a systemic body reaction indicates an allergic response. Symptoms of a possible life-threatening systemic reaction are hives, shortness of breath, dizziness, fainting, nausea, vomiting, and difficulty swallowing. In some cases, these symptoms may result from fear and not from a systemic reaction, but seek medical help immediately.

MYTH #4 -If you are allergic to yellow jacket or bee stings, you should carry an epinephrine injector like an EpiPen which could save your life if you go into anaphylactic shock.

Unfortunately, this has long been the only recommendation for allergic individuals. Instead of responding to a sting allergy in a reactive manner with epinephrine injection, many people are not aware that they can respond preventively with venom injection therapy. The injection therapy involves gradually exposing the allergic individual to increasing doses of venom, allowing the body to develop antibodies to the venom. Venom injection therapy is effective and when the full course of therapy has been completed, it eliminates the need for reliance on an EpiPen (although one should still be carried while the therapy is underway) and the fear of a fatal reaction.
MYTH #5 - You can reduce your chances of getting stung by not wearing per fumes or colognes (so you smell like a flower)  or wearing bright colors (so you look like a flower).

There is no scientific evidence that any of this makes any difference in your susceptibility to stings. Bees and yellow jackets don't see colors or react to scents the way humans do. However, these simple behavior changes can reduce your risk of getting stung: 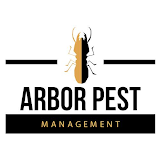